Yusuf Khan received a bursary from the Journalism Diversity Fund (JDF) in 2018. He studied for his NCTJ Diploma in Journalism at Cardiff University and is now a reporter at the Wall Street Journal (WSJ), covering finance, markets and the economy in London.

The WSJ’s owner, Dow Jones, has recently been announced as the latest news media company to become a sponsor of the JDF.

Getting into journalism is certainly one of the best decisions I have made. Every day I write about, and talk to, the most interesting people – to tell their stories and examine how they affect others. The work I do is impactful, it’s often thought-provoking, and most importantly it’s really fun. The JDF provides a real gateway into journalism for people coming from non-traditional backgrounds, and it’s an organisation I’m thankful to have been a part of. And in terms of actually getting a journalism job, the JDF is vital.

After having done student journalism for two years, writing for The Tab, by the end of my undergraduate degree I was a bit stuck. I knew I wanted to be a journalist and I knew I had the drive and determination to pursue it – I just didn’t know how to actually get a job in the news media sector. I had no contacts in the industry. I’d never known anyone to go out and become a writer, or a reporter; and in all honesty, the only sort of journalism I was comfortable with was student journalism.

Luckily, I was pointed towards doing a master’s in journalism at Cardiff University, which also included the NCTJ Diploma in Journalism qualification. Once provisionally accepted onto the course, I applied for the JDF, and was thankfully chosen to be one of the recipients for the following year. 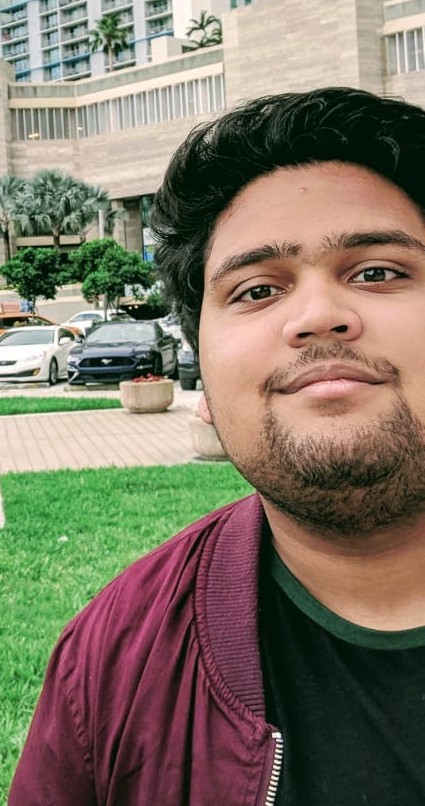 For me, that was a real turning point, not that I knew it at the time. The only thing I knew was that now I could actually do my course, without having to worry about money, which helped no end. But what the JDF did just as importantly was provide a bridge into the world of journalism and media. A few months earlier I had no contacts whatsoever. Now I was talking to editors at national and international news organisations who were sponsors of the JDF.

In truth, it blew my mind how willing editors were to try and help young journalists like me get a seat at the table. I managed to chat to Abbie Scott from the Financial Times at a JDF event, who to my surprise said that the FT rarely has young people wanting to work there. When Abbie said they offered placements that I could do during my course, I couldn’t say yes fast enough. The opportunity to write for one of the leading finance papers in the world wasn’t even something I had remotely dreamed of. It was almost too farfetched. But thanks to the JDF, I managed to do something I thought was impossible for someone like me.

By the time my placement rolled around, I had passed my 100wpm shorthand, learnt how to write and developed other skills the NCTJ courses give you and so was fairly confident that when I got to the FT I could deliver. The placement itself went really well — I managed to bag quite a few FT bylines after a couple of weeks, and when I was applying for jobs and internships when my course finished everyone asked about the FT placement.

It was then I realised how crucial the JDF was, as it had brought me onto a level playing field with other applicants by enabling me to access a major news organisation to put on my CV.

Since then I’ve managed to write about finance for Business Insider on a long-term internship and have recently moved on to working for the Wall Street Journal. None of this would have been possible without the JDF providing that bridge into journalism and allowing young journalists like me to work at some of the biggest news organisations in the world.

As part of the sponsorship, Dow Jones will award £10,000 to the JDF which is administered by the National Council for the Training of Journalists (NCTJ). The fund awards bursaries to aspiring journalists from diverse backgrounds who do not have the financial means to support themselves through NCTJ diploma courses. Bursaries help to cover the costs of course fees and/or living expenses.

Those who receive JDF funding are also paired with a working journalist to mentor them throughout the duration of their studies, and many sponsoring news outlets offer work placement opportunities or insight days.

This year marks the JDF’s 15th anniversary. Thorold Barker, The Wall Street Journal’s editor for Europe, the Middle East and Africa, said: “We're excited that this sponsorship will help the next generation of talented reporters from all backgrounds pursue their careers in journalism. We are committed to helping ensure that our newsroom and those around the country better reflect the diversity of their readers.”

Francesco Guerrera, head of international, Barron's Group and publisher, Financial News said: “Barron’s Group is proud to stand behind the JDF. We support diversity in all its forms and we constantly strive to reflect that in our reporting, hiring and mentoring of young staff.”

The NCTJ recently announced an ambitious fundraising goal, aiming to increase annual donations to the JDF to half a million pounds. Dow Jones’ decision to support the fund means the JDF now has the financial backing of thirteen sponsors.

Will Gore, the NCTJ’s head of partnerships and projects, said: “We are absolutely thrilled to have Dow Jones on board as a sponsor of the Journalism Diversity Fund. “The decision demonstrates the company’s commitment both to making newsrooms in the UK better reflect the communities they serve, and to quality journalism training. “Dow Jones’ support, alongside the continued support of the fund’s existing sponsors, is particularly welcome as we celebrate this 15th anniversary year of the JDF with a renewed fundraising drive. And crucially it means we will be able to help more aspiring journalists who might otherwise not be able to pursue a career in our vital news industry.”

Overall, the JDF has awarded 347 bursaries since its launch in 2005. Find out more about the Journalism Diversity Fund at www.journalismdiversityfund.com