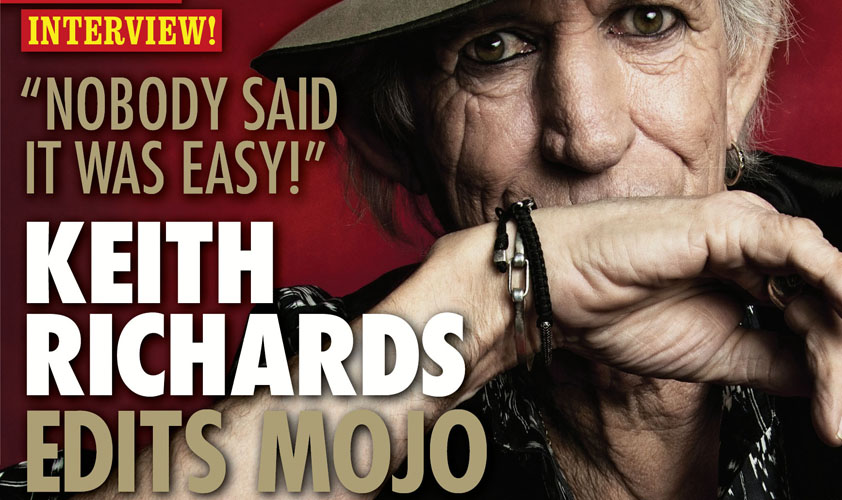 John Mulvey, editor of MOJO, discusses why the magazine enlisted Rolling Stones icon Keith Richards as guest editor for its latest edition, which hit shelves today, and how the title likes to work with PRs.

What was the thinking behind getting Keith involved?

Guest editorship is a privilege and honour we’ve bestowed on very few. I think to show the calibre of musician MOJO reserves it for; our previous guest editors have included David Bowie and Noel Gallagher.

Keith is one of the greatest musicians from the past 75 years, but more than that, he has a real passion for music and is hugely knowledgeable. He’s a rock and roll scholar, but because of his persona people overlook the fact that he’s actually very erudite.

It’s not just blues, and rock and roll either. This editing role allowed him to explore his love of reggae and R&B, as well as highlighting contemporary artists too.

What’s in the issue?

We’ve got a long-form interview with Keith which has already been picked up on by other outlets, including the Metro. It’s a very revealing and interesting interview which covers things like previous addictions and what the Rolling Stones are up to now.

It also looks at the band during the late 1980s, which is a complicated and previously untold story. Relations between Keith and Mick Jagger were at an all-time low and he reveals how their work helped to heal some of those divisions.

What was Keith like to work with as an editor?

He was brilliant! I know he joked that he’d left the office in a mess, but I can assure you there was no physical damage! He and his team were really accommodating and he had a real input into the contents of the issues, it certainly wasn’t a case of just rubber stamping things.

We helped to make sure that the magazine content was all stuff that he was really interested in. Not only that, but as you’ll see, Keith has a comment on all pieces in the editorial, to explain why he wanted them in the magazine and why they are important to him. His fingerprints are all over every feature in the issue.

Are you planning on having any more guest collaborations?

It’s not a device we’re going to employ very often. It’s not just that we’ve reserved it for greatest artists in our firmament, but we also only reserve it for someone who is going to be a passionate editor.

The last guest editor we had was Tom Waits for MOJO edition 200, and we’re now onto issue 305, which tells you how rare this is.

What is your relationship like with PRs? What’s the best way for them to work with you?

I hope it’s very good! Certainly if we can pull off securing Keith Richards as a guest editor then it certainly shows we’re able to work well with publicists and brands.

Luckily MOJO is a publication which is a brand leader internationally, not just in the UK. What’s really critical for us is that many of the artists we feature and get quotes from – such as Jack White and Paul Weller – are first and foremost readers of the magazine.

One key thing I would highlight is that part of our magazine obviously has a critical and independent outlook, so while we’ll feature artists in the magazine, there needs to be a mutual respect where PRs know we’re going to retain our critical imperative if we review something but don’t believe it is good.

In what is a tough marketplace, we had a good 2018. That included a discreet relaunch last summer, which allowed us to freshen up some areas of the magazine and also focus on ensuring that we are covering new music as well as classics from the 1960s and 1970s.

Our key theme for 2019 will be maintaining that continuum between classics and music being made today.

Click here to find out more about Cision events and media briefings.