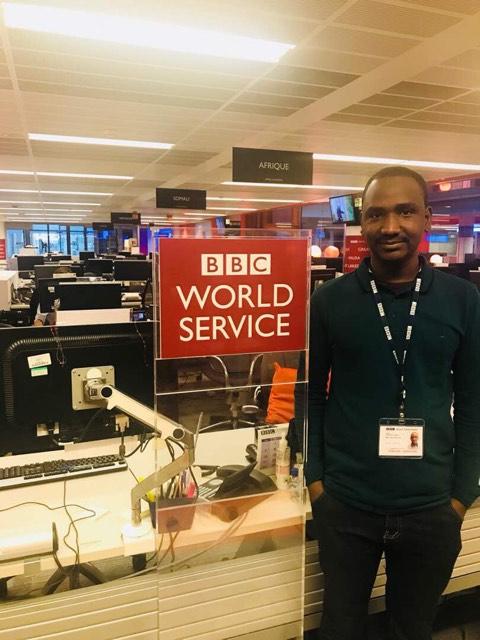 WHAT PRESSPAD MEANS TO ME

To me, Press Pad is much more than just an organisation.The story of my career would be incomplete without PressPad, who gave me this priceless opportunity to showcase my talent. Through PressPad, my long eagerly-awaited dream of exploring London, stepping into the BBC, meeting my role models like Lyse Doucet and Stephen Sackur, reporting to millions of people in Africa, and ultimately signing a freelance contract with the BBC have become a reality.

I strongly believe that PressPad is the future of journalism for obvious reasons.

Instead of telling the world they’re ready, this group of talented journalists have been busy showing it. And so they deserve all kind of support and motivation to sustain the organisation.Their commitment to helping young and aspiring journalists like myself achieve their dreams is a clear demonstration of the unconditional love they have for the journalism profession.

As the first intern to be hosted by PressPad, I will forever remain indebted to the organisation. I hope that I will one day be a host-mentor to other future interns under PressPad. For now, I want to share with you a small insight of my time with PressPad during my BBC internship.

In May 2018, I secured a placement with the BBC in London which lasted for 2 weeks. The biggest task for me and for every young aspiring journalist dreaming of a placement in London is accommodation! Wondering where to stay in London, I was introduced to PressPad by the BBC’s work experience coordinator. Without hesitation, I got in touch with the organisation through email. I went through the criteria on their website and subsequently applied for the accommodation, which was successful.

Back home in Aberdeen, I was preparing for my trip to London and got in touch with the PressPad host-mentor allocated to me: Blathnaid Healy, who is the Head of CNN Digital at CNN London. This talented journalist worked with Mashable before joining CNN. Going through her very rich profile, I couldn’t wait to meet her.

But Blathnaid was travelling for work for the first days of my internship, so Olivia introduced me to another lovely family, Meirion and Kate Middleton, both investigative journalists with remarkable careers who I was to stay with until Blathnaid returned. When I arrived at Greenwich train station, Meirion came and picked me and we talked briefly about my journey and the weather in Scotland. 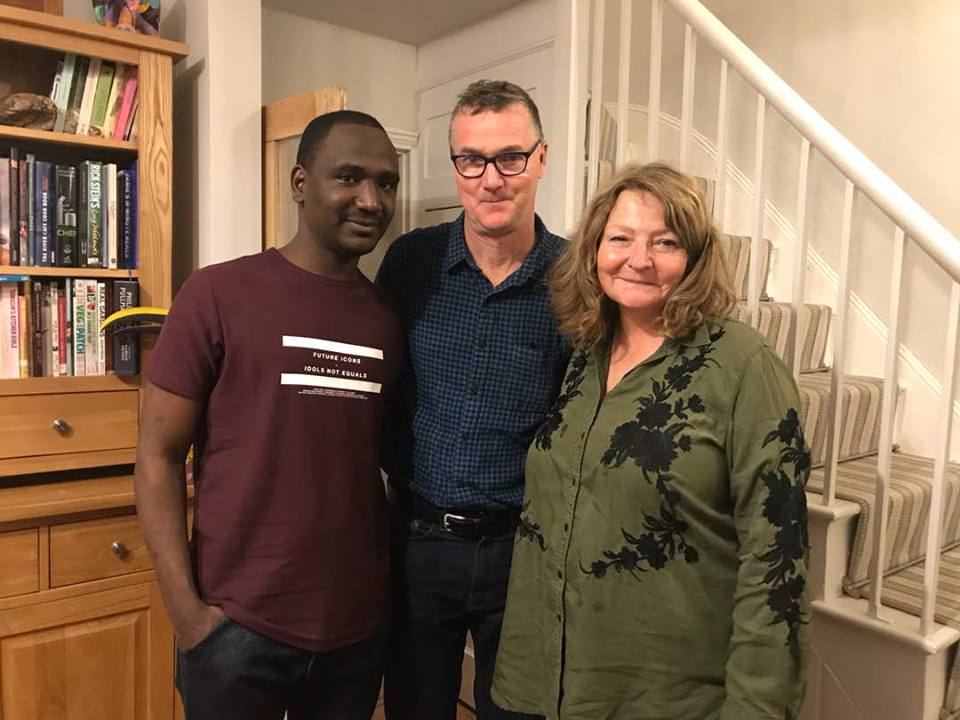 I met Kate at home who was visibly happy with my arrival and while having dinner together, we discussed PressPad, the BBC and how journalism is rapidly going digital. As someone new in London, Meirion gave me a vivid route from Maze Hill station to Oxford Circus, where Broadcasting House is located. Before I left for the BBC the next morning, this couple with their vast experience in journalism, gave me one piece of priceless advice: “Don’t ever arrive late on your first day”!

I arrived at the BBC Broadcasting House at 12:00 pm where I was received by the Head of the BBC Hausa Service, Mr Jimeh Saleh, a veteran journalist with decades of experience. I toured the gigantic building, before I finally settled at my base - the BBC Hausa Service. Being a broadcast journalist for more than seven years, I am not new to editorial meetings but what was new to me was working in such a huge international media house like the BBC. I was on a 1pm to 9pm shift, which included working with both the radio and television teams. As expected, I noticed some differences ranging from new facilities and latest technology to teamwork and the high level of professionalism.

Two days later, my host-mentor (Blathnaid Healy) came back and it was time for me to move from Greenwich to Westminster. I bade Kate and Meirion goodbye and joined Blathnaid and Eoin, a lovely couple from Ireland. Blathnaid works with the CNN London while Eoin works at Amazon.

On weekends, we took our time discussing many issues including how online media is changing journalism, fake news and the challenges facing the profession in general. Then came a discussion about PressPad. We talked about how important the initiative is to young and aspiring journalists like me, and what could be done to strengthen  the organisation.

There she advised me on how to get the best out of the internship having London at my back. She even took me to a tour of the CNN London newsroom where I got to meet the Christiane Amanpour and Hala Gorani teams. She also toured me through the CNN digital base which she runs, where I met young and talented staff doing their jobs with passion and enthusiasm. 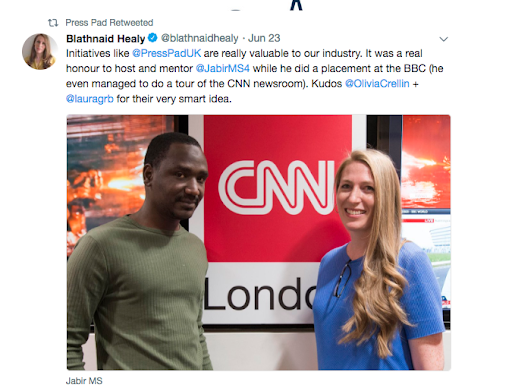 My time at the BBC and the tour of the CNN gave me a clear picture of how the international media houses are using teamwork to achieve a greater result.

The first report I worked on with the BBC Hausa was an update on the South African political situation, when the former president Jacob Zuma returned to court in a corruption trial against him. I received hundred of positive comments shortly after the news from the listeners. I then realised how much reach the BBC Hausa Service had in terms of demographics. The station celebrated its 60th anniversary last year, with a weekly radio audience of 23 million and 1.5 million Facebook followers, largely in West Africa and beyond. I also packaged a television report on the Yemen crisis between the Saudi coalition forces and Houthi rebels. The Hausa Service staff are based in London and Abuja, Nigeria.