Will the UK journalism industry move towards remote working full time beyond the lockdown?

For the past few months, newspapers and magazines in the UK have all had to be produced remotely. Now that the lockdown has forced the issue and proved that producing content is achievable in this way, is it possible that the industry will see an end to newsrooms and offices? Even before the pandemic, every now and again the odd local paper announced its move towards remote working, as well as many members of the industry already being freelancers that work from home. Since publications have had a chance to get used to working like this, are journalists going to see a lasting change?

Laurence Mozafari, editor of Digital Spy, thinks this could happen as employees working remotely means publications won’t have to pay for office space. “The money saving is going to make sense for a lot of companies, especially in publishing as it’s already a very challenged sector as it is,” he said, “If it’s going to be a cost saving tactic that saves peoples jobs then it’s a no brainer.”

The lack of rent and utilities payments for companies aren’t the only ways remote working would save money, as the employees themselves could also see savings through nixing their daily commute. No longer will staff have to sit in traffic or rub elbows on a train and will merely have to wander from their bed to their computer, saving a fortune on petrol or public transport. 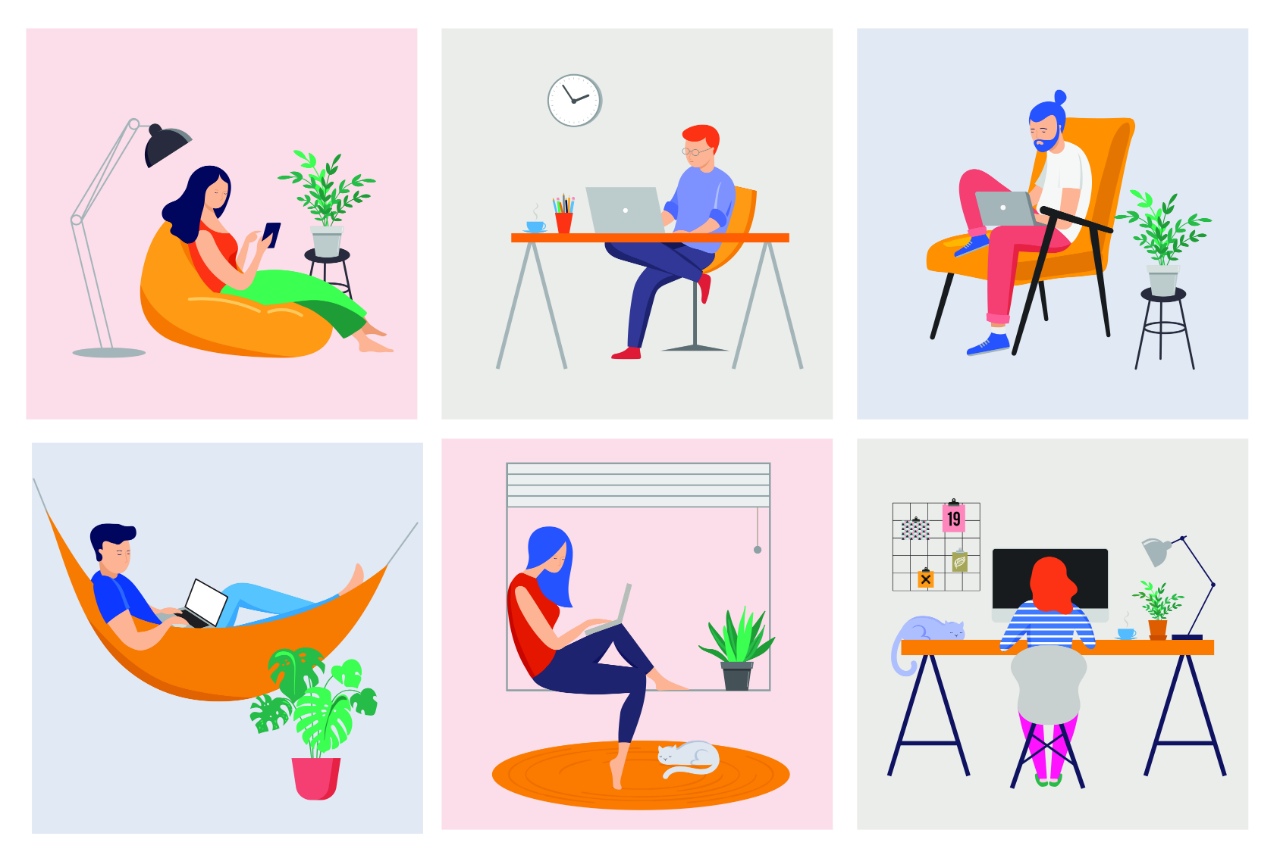 However, despite the cost advantages, one commissioning editor based outside of London thinks the industry will stay exactly the same as it was before coronavirus, and publications will strive to get back to “normal” as quickly as possible. “As soon as I moved out of London I realised that the industry has such a reluctance for people to remote work,” she said, asking to remain anonymous, “if you want any senior positions they are all still concentrated in London, and I don’t see that changing in the future.” Despite several different media hubs popping up over the UK in recent years, such as in Bristol or Manchester, the journalism industry is still very much entrenched in London. “The industry is so London centric, even most freelancers are based in London, so why would they need to consider remote workers who are anywhere else?”

While this may be the case currently, an industry wide shift to remote working would be incredibly beneficial to journalists everywhere. Often when living outside of the capital journalists either freelance or face a monstrous commute, and an industry standard of remote working would take the pressure of journalists who don’t want to move. “Taking the first steps onto the property ladder are so much easier and more affordable outside of London,” said Chris King, who is studying for an MA in Magazine journalism in Nottingham. “Though I’d prefer an office environment, being able to apply for jobs anywhere would be incredible.”

For Laurence, the biggest problem he can see for not having offices and employees not based in London specifically is whether other industries will move too or stay focused in the capital. For Digital Spy, who’s content centres around TV and film, it is essential that they can still have access to the rest of the media industry. He said, “if the PRs,  talent, screenings and press junkets are still all based in central London then there will be a need for journalists to travel there if they’re not already based,” adding extra costs.

There may be other cost implications involved with working from home too. Just because companies no longer have to fork out for their office spaces doesn’t mean that they’re saving money, as there are health and safety costs to factor in – such as ensuring their employees have the appropriate office furniture and equipment as well as potentially having to foot the bill for electricity and Wi-Fi used during work hours.

Jenny Stallard, the founder of Freelance Feels, a podcast that explores the mental health of those self-employed, has been freelancing and working from home since April 2017. While she enjoys many aspects of her home office, such as more casual work wear and the opportunity to make her own lunches, she’s also very aware of the negatives of working on your own every day. “It’s lovely to work from home on so many levels,” she said, “but being on your own in a bubble can create an echo chamber for negative feelings to breed”. As a freelancer, Jenny can often go days or even weeks without seeing someone from the industry and found her mental health declining as a result. “We often don’t do as much self-care at home as we might in the office,” she said “and it’s hard to not switch off the same way you would have when you leave work at the end of the day”.

There are some studies that suggest working from home increases productivity of workers as there’s less chance of chatting with your co-workers by the coffee machine as well as having the flexibility to work at your own pace. However, for some it can be harder to focus on work and easier to indulge in the distractions of home life. You have to be able to self-motivate at home, and having the freedom to take breaks whenever you want can make it difficult to actually focus.

As with everything, there are many pros and cons to working remotely, and for Jem Collins, founder and Editor-in-chief of Journo Resources, she thinks that rather than seeing a surge to working from home the industry will instead become more flexible and mindful of its employees’ situations. “I don’t think everyone will be working from home all the time, “ she said, “but I do think there will be more flexibility, maybe having 4 days in the office and one day at home depending on what people have on. I’m optimistic that the lockdown will lead to this shift to open the door to these discussions.”

Whatever happens, hopefully it will be a positive change to benefit the industry. Sarah Kavanagh, senior campaigns and communications officer for the National Union of Journalists said “The union is likely to support moves that would improve peoples working lives and conditions, and would not support proposals that would drive down standards or abdicate the employers current responsibilities towards staff.”